Over the past three decades, Mrs. Bren Simon has been committed to supporting programs that forge strong bonds of domestic and international unity, and that transform shared values into high-impact positive action at both local and global levels.

Mrs. Simon and her foundations have underwritten some of the most significant healthcare projects of recent decades, including the Mel and Bren Simon Cancer Center at Indiana University, the Joshua Max Simon Primary Care Center of St. Vincent’s Hospital in Indianapolis, and a state-of-art Digestive Diseases Center at UCLA.

In addition to directing The Melvin and Bren Simon Charitable Foundation & The Joshua Max Simon Charitable Foundation, Mrs. Simon personally supports numerous local and national organizations including The Children’s Bureau, The Aspen Institute’s Society of Fellows, and the Indianapolis Museum of Art, along with many cultural and philanthropic programs and community wellness centers.

Under Mrs. Simon’s direction, The Melvin and Bren Simon Foundation has provided substantial resources to the National Democratic Institute. A significant percentage of those resources have been allocated to numerous groups supporting women’s political participation domestically and globally.

Many of Mrs. Simon’s lasting commitments have arisen as a direct result of her personal experience with the victims of brutality and inequity – from abused women in Indianapolis to hopelessly impoverished children in the Dominican Republic.

Mrs. Simon is the current CEO of MBS Associates, LLC and former owner of Corporate Design Associates, Inc. She attended the University of Arkansas at Little Rock and Florida Atlantic University. She has also earned honorary degrees from Northwood University in Florida and Indiana University. She and her late husband Mel have two children and two grandchildren.

She has been the recipient of numerous awards given in recognition of her lifetime of personal service. 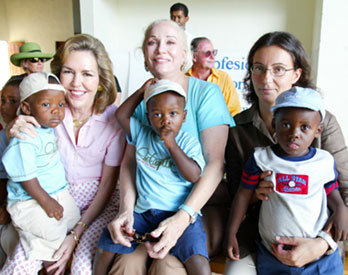